Visit the Auschwitz Exhibition at the Museum of Jewish Heritage!

After being extended two times and being one of the most visited exhibitions in all of Europe last year, Auschwitz. Not long ago. Not far away., produced in partnership with the international exhibition firm Musealia and the Auschwitz-Birkenau State Memorial in Poland, is now open in Manhattan at the Museum of Jewish Heritage – A Living Memorial to the Holocaust.

Auschwitz. Not long ago. Not far away. features 700 original objects and 400 photographs from over 20 institutions around the world, many of which are on display for the first time in North America. It is the most comprehensive exhibition dedicated to the history of Auschwitz and its role in the Holocaust ever presented in the United States.

What contributes to the power of the exhibition are the individual and family stories behind each and every artifact on display. One of the artifacts is a ticket for passage on the MS St. Louis. In 1939, the MS St. Louis set sail from Germany to Cuba with 937 people on board, almost all of whom were Jews attempting to escape persecution by Nazi Germany.

Plans went horribly awry when Cuba, and later the United States, would not allow the ship to dock and the passengers to disembark Following many unsuccessful efforts on behalf of individuals and organizations to save the 937 passengers, the MS St. Louis returned to Europe.

One of those passengers was a man named Viktor Wasservogel. While imprisoned in the Dachau concentration camp, he signed a document allowing his wife, Irma, to obtain a visa for Cuba. After his release from Dachau, Viktor and Irma boarded the MS St. Louis thinking they would soon reach safe haven in Cuba. 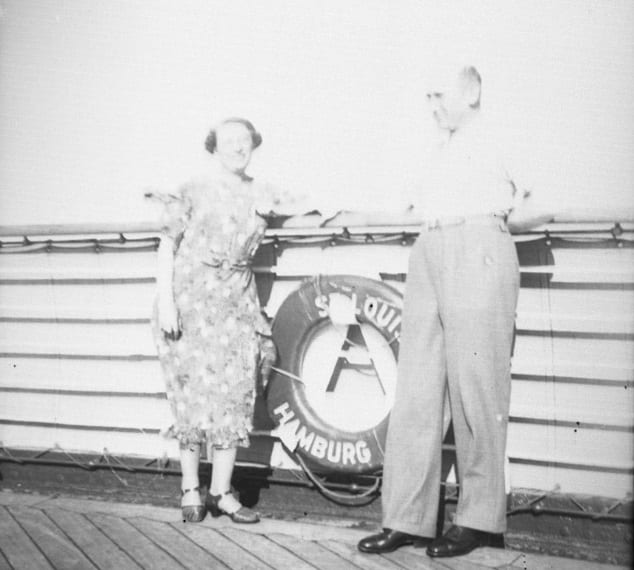 But their visas were not honored, and the United States turned them away. Viktor and Irma had no choice but to remain on the ship as it sailed back to Europe.

Viktor and Irma were lucky: they successfully made it to the United States nine months after the MS St. Louis voyage of May 1939. However, that was not the reality for many other passengers. Of the 938 original passengers, 532 were trapped when Germany invaded the European countries that took them in, and of those, 254 were killed, many in Auschwitz.

Stories like the one of Viktor and Irma Wasservogel are told throughout all three floors of this multi-level, largest-of-its-kind exhibition at the Museum of Jewish Heritage – A Living Memorial to the Holocaust. Located in beautiful Battery Park City, overlooking Ellis Island and the Statue of Liberty, the NYC Ferry is the perfect way to travel to the Museum and discover stories from before, during, and after Auschwitz. Take any NYC Ferry route to Wall St.- Pier 11, and it’s a 15-minute walk.

To learn more about Auschwitz. Not long ago. Not far away. visit Auschwitz.nyc or explore @MJHNews on Twitter, @museumofjewishheritage on Instagram, or find the Museum of Jewish Heritage – A Living Memorial to the Holocaust on Facebook. #StoriesSurvive

Ride with NYC Ferry to your next brunch!