The Best Way To Get There Is Together!

We’re #FerryProud to celebrate the diversity of NYC together with our riders!

We’re celebrating diversity all month long as a #FerryProud supporter of the LGBTQ+ community and World Pride. The LGBTQ community has come far since the riots at the Stonewall Inn 50 years ago. The movement began with the intention of ensuring the voice of the LGBTQ was heard and has turned into much more since then! Join us as we celebrate #WorldPrideNYC and the 50th anniversary of the Stonewall Uprising with a host of onboard events, pop-ups, live music, a Soundbath meditation, and photo contest. 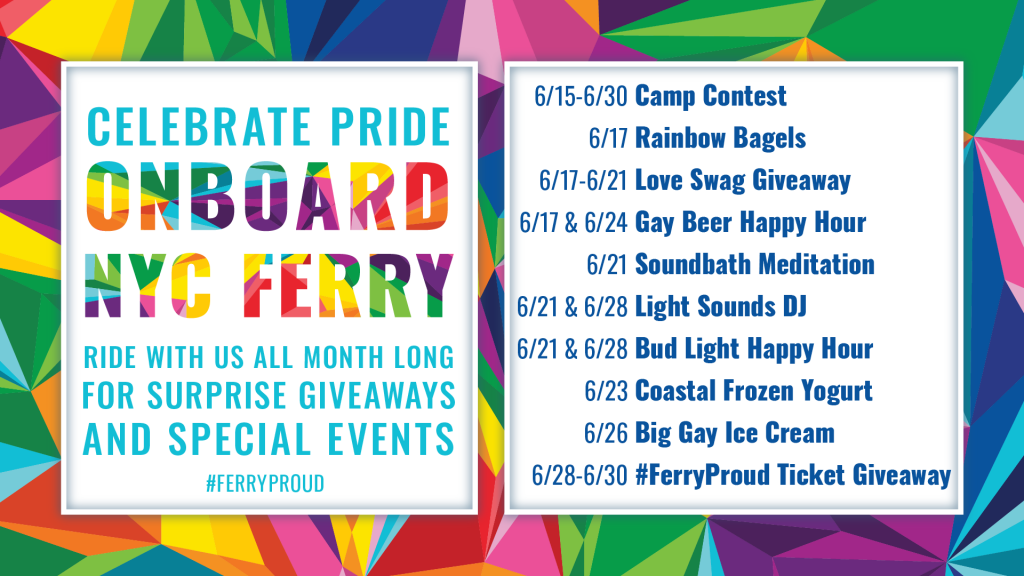 Throughout the month of June, NYC Ferry will be bringing the celebration of Pride onboard! We have partnered with several businesses so you can be part of the fun while riding with NYC Ferry.

Gay Beer has partnered with us to bring Gay Beer to all of our ferries! The creators, Jon Moore and Jason Pazmino, realized they could turn beer into something that represents them being part of the LGBTQ community, along with the community’s supporters. Gay Beer stands for where LGBTQ is now, but also the history of the movement. Gay Beer is available to purchase on all NYC Ferry boats at the concession stand!

Join us for Gay (Happy) Hour each Monday and receive $2 off all cans of Gay Beer available at The New Stand onboard all NYC Ferry boats. 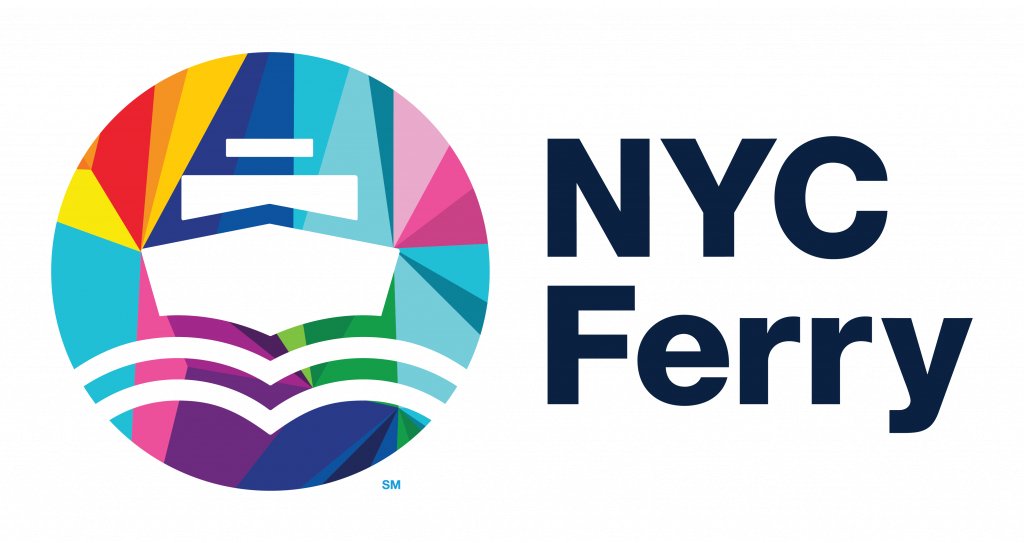 It may not seem like a long time, but so much has happened for the LGBTQ community since 1970! The gay rights movement in the United States had a major turning point on June 28, 1969, when a discriminatory police raid against the patrons at the Stonewall Inn, a gay bar located in New York City, resulted in a riot. During this time homosexuality, which was referred to as “sodomy”, was a crime that would often result in men being arrested for dressing in drag or women not dressing feminine enough. This riot symbolized the shared frustration among those who identify as LGBT. This event led to the coining of the term “gay pride” in 1970.

In 1978, the rainbow flag became the symbol of the LGBTQ community rather than the pink triangle it was replacing due to a negative connotation from Nazi Germany. Artist Gilbert Baker created the original rainbow flag which consisted of 8 colors, which since then has become 6 colors. The symbol has grown to become a universal representation of the LGBTQ community worldwide.

Show NYC Ferry how you do Camp throughout the month of June! Camp is all about being the most exaggerated and theatrical version of yourself and we want to see exactly that. You can submit your entries to any of our social platforms starting June 7th until June 30th. The winner for the contest will be announced July 1st and will receive a 30-day pass. Be sure to follow the contest rules and good luck!

2nd Annual Love in the Lower East Side